The Quran On The Sensory Characteristic Of The Skin

This man is uttering the Islamic creed (Shahaadah) and declaring that he is becoming a Muslim. This occurred during the Eighth Saudi Medical Conference which was convened in Riyadh. He is Professor Tagata Tagasone, formerly Head of the Department of Anatomy and Embryology at the University of Shiang Mai in Thailand. He is now the Dean of the College of the Medicine at the University.
We presented to Professor Tagasone some Qur’aanic verses and Prophetic Ahadeeth which deal with his specialization in the field of anatomy.

He commented that they also had in their Buddhist books very accurate descriptions of embryonic developmental stages. We told him that we were very anxious and interested to see those descriptions and learn about these books. A year later, Professor Tcame to King Abdul Aziz University as an outside examiner. We reminded him of the statement he made one year before, but he apologized and said that he in fact had made that statement without ascertaining the matter. However, when he checked the Buddhist books he found that they contained nothing of relevance to the subject.

Upon this we presented to him a lecture written by Professor Keith Moore about the compatibility of modern embryology with what is contained in the Qur’aan and the Sunnah and we asked Professor Tagasone if he knew of Professor Keith Moore. He replied that he knew him of course, adding that Professor Moore was one of the Most world-renowned scientists in that field.

When Professor Tagasone studied this article he also was greatly astonished. We asked him several questions in his field of specialization. One of the questions pertained to modern discoveries in dermatology about the sensory characteristics of the skin.

Dr. Tagasone responded: Yes if the burn is deep. 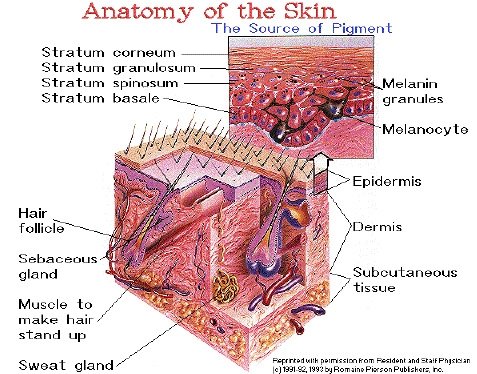 It was stated to Dr. Tagasone: You will be interested to know that in this book, the Holy book the Qur’aan, there was a reference 1400 years ago which refers to the moment of punishment of the unbelievers by the fire of Hell and it states that when their skin is destroyed, Allah makes another skin for them so that they perceive the punishment by a fire, indicating knowledge about the nerve endings in the skin, and the verse is:

Those who reject our signs. We shall soon cast into the fire; as often as their skins are roasted through. We shall change them for fresh skins, that they may taste the chastisement: for Allah is Exalted in Power, Wise (Qur’aan 4:56).


So do you agree that this is a reference to the importance of the nerve endings in the skin in sensation, 1400 years ago?

Dr. Tagasone responded: Yes I agree. This knowledge about sensation had been known long before. Because it says that if somebody does something wrong, then he will be punished by burning his skin and then Allah puts a new skin in him, cover him, to make him know that the test is painful again. That means they knew many years ago that the receptor of pain sensation must be on the skin, so they put a new skin on.

The skin is the center of sensitivity to burns. Thus, if the skin is completely burnt by fire, it looses its sensitivity. It is for this reason that Allah will punish the unbelievers on the Day of Judgement by returning to them their skins time after time, as He, the Exalted and Glorified, said in the Qur’aan:

Those who reject our signs. We shall soon cast into the fire; as often as their skins are roasted through. We shall change them for fresh skins, that they may taste the chastisement: for Allah is Exalted in Power, Wise (Qur’aan 4:56).

We asked him the following question: ‘Is it possible that these verses came to the Prophet Muhammad, (sallallahu ‘alaihi wa sallam), from a human source?’